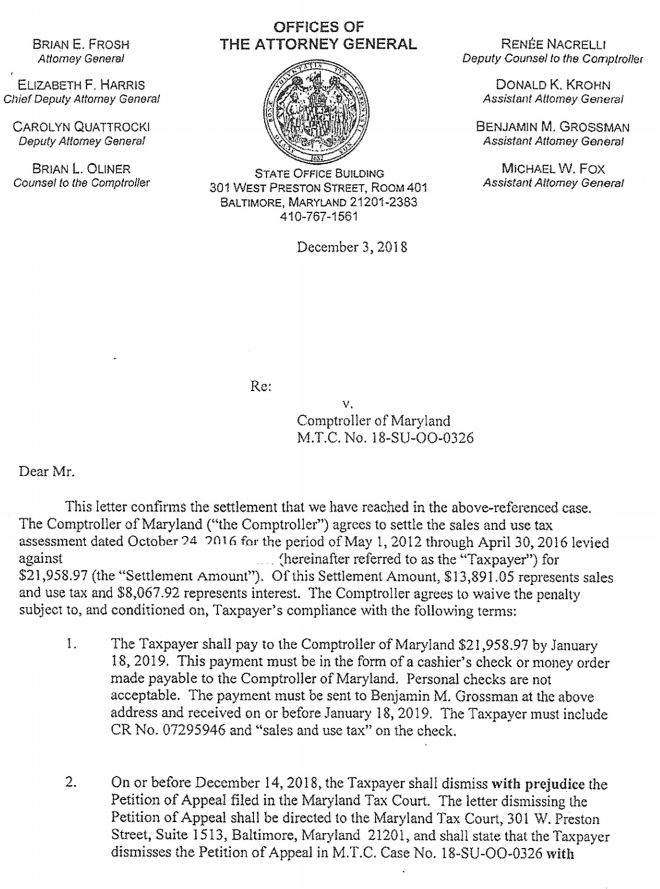 A three-year-old Company gets audited by the Comptroller’s Office for failure to collect sales tax on a taxable service – commercial window cleaning.  Marsu was contacted by their accountant to assist their new client with the audit.  The workpapers were just received by the Taxpayer so Marsu was able to perform the review of the workpapers in the field with the auditor.  Like any other audit, the auditor reviewed a sample period of sales and expenses and projected the assessment over the 3 plus year audit period and reviewed all asset purchases.  Marsu did the following for the three schedules:

Marsu was able to make one more adjustment to the assessment.  Marsu discovered in the sales tax returns folder that the Taxpayer had filed a Combined Registration Application to collect sales tax but was denied by the Comptroller’s Office.  The Comptroller’s Office had stated in their reply that commercial window cleaning was a service and tax did not need to be collected.  I brought this to the attention of the Director of Compliance and the hearing officer abated the interest on the sales portion of the audit and all penalties.

For fifty years, Maryland was a tangible state meaning that sales tax was only collected on the sale of tangible personal property.  Effective July 1, 1992, that all changed when the Comptroller’s Office amended the law to include certain services as taxable services.  Seems like whoever was processing the Combined Registration Applications missed that change and this Taxpayer paid the price.  It cost him $10,008.55 and a lot of aggravation. 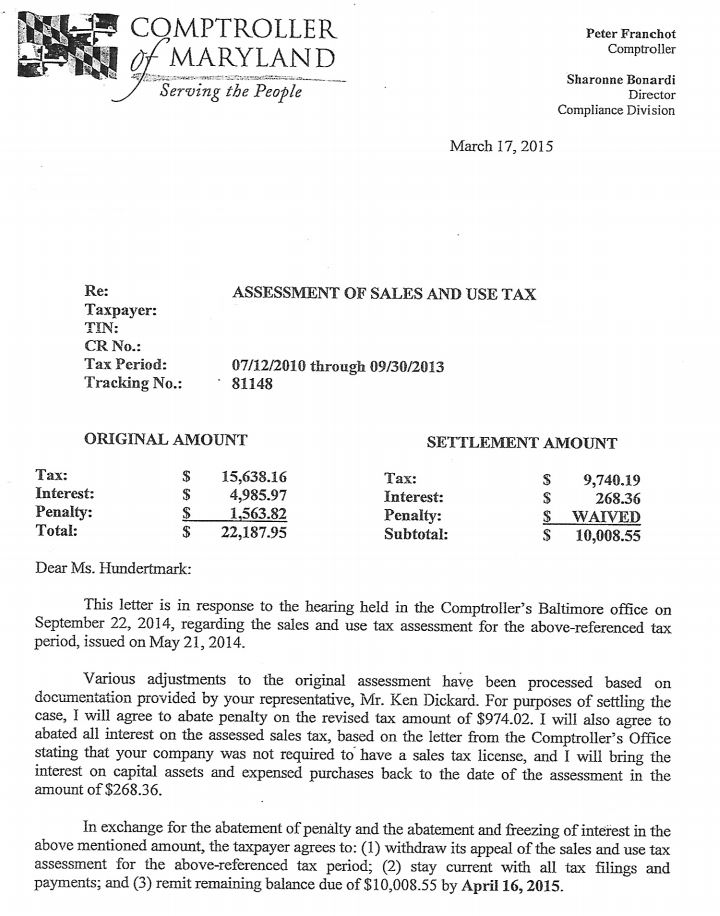